As my friends and family know, I recently had the opportunity to visit Death Valley National Park in California to attend two photography workshops presented by Guy Tal and Michael Gordon. There were nine of us in each workshop and we were told in advance that the experience would be intense. If anything that proved an understatement. 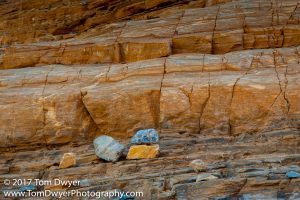 So, one question that has reverberated in my noggin ever since is “How do I avoid letting this experience become just a fond memory? More to the point, how do I assure myself that what Guy and Michael shared finds its way into my photography. After all, that’s why I spent the bucks and the time in the first place.

I didn’t go to Death Valley because I was specifically interested in photographing the desert, though now that could well be a reason for returning. I travelled nearly all the way from the eastern-most US to the western-most US by one of the most uncomfortable ways know to modern man, commercial airline, in search of a better grasp of the word “art” as it relates to nature photography . . . more specifically landscape photography. It’s a subject I have been wrestling with for some time and my hope was that Guy, in particular, would have an answer for me.

So, I was a little miffed at the outset when one of Guy’s first pronouncements was “Art is a useless word.” Further, he quoted Peter Bunnell who, in writing about photographer Minor White made the point that “Art is artificial because it is created by a human being.” Still further, Guy proclaimed, “Photography can be art because it can lie.” 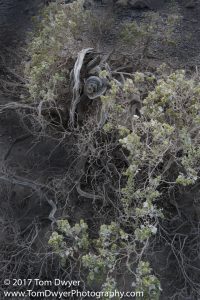 Wow! Slap me in the face, why don’t you?

Upon my return to “every day” life I immediately struggled with how to really put what I had been exposed to into practice. I had a new audio recorder that says it has over a hundred hours of recording on it. I was only in classes about 40 hours over ten days so I knew I had made some kind of mistake in recording. Likely, I neglected to turn the recorder off when I should have. Still, I had pages of handwritten notes, too. Not to mention those items that made enough of an impression on me to still reside in my memory.

Simply reviewing notes would surely miss important things but more importantly, probably would not do much to etch new thinking into my practice of photography. I finally resolved that a way to get the most out of my Death Valley experience, besides resolving to try and use it in everyday efforts behind my tripod, would be to share it with others. What follows here, then, is the first installment. I hope via this blog, my experience will prove beneficial to some of you, too. Further, if anyone has questions along the way, I hope you’ll take advantage of the “Comments” section within each blog post to ask them. If I don’t already know the answer, I will endeavor to do the research and get back to you.

When thinking about how we might improve the photos we want to capture (and we can always improve them) a good place to begin is with an understanding of “visual language.” As I oft say, “That’s a deep subject for such a shallow mind.” But let’s give it a go anyway. 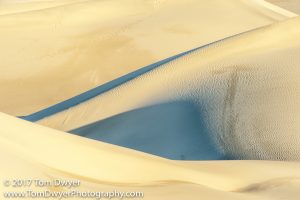 Visual language is much like language of any sort. When we are speaking with someone or writing to someone, certain words, our sentence construction, the tone of our voice, our inflection, whether we use short sentences or long, even what we say first (among other things) affects how our communication is received.  Simply put, language is about how we  express things.

Visual language is that used to express things that we see, through a medium, in this case our photography, that is seen by others.

To kick-off the Death Valley workshops Guy made the point that photographically what we want our visual language to make possible is not an expression “of” what our subject is – it’s a tree –, rather “about” it – it’s solitary or strong, or it’s lonely or part of a family, maybe it makes me feel a certain way – peaceful, small, young – or causes me to recall certain emotions.

If we strive to be artful with our photography, we likely want our photos to tell stories. By using the various elements of visual language we can create images that express thoughts, feelings and emotions.

Toward a better understanding of all this Guy identified images in four classes: 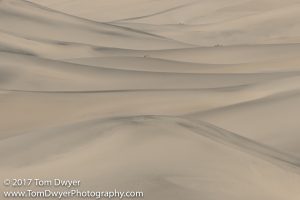 Let me relate a point Guy made in Death Valley. We can study the science behind visual language, but while there may be a lot to study, very little is really known of how visual perception actually works. Scientists know some things about how our brain processes various elements in a photograph – colors, lines, size, proximity, etc. Still, there is a lot for science to yet understand.

For my next post I’m working on the Visual Elements we can use to affect a viewer’s attention.