What a difference a day makes. How many times have we heard someone say that? It’s a statement that we often hear the day after a series of thunderstorms has crashed through the neighborhood and the new day dawns with a soft sunrise and a warm breeze. We might hear it the day after someone lands a new job and experiences the relief of no longer being unemployed. It’s likely we’ve all said it for one reason or another. 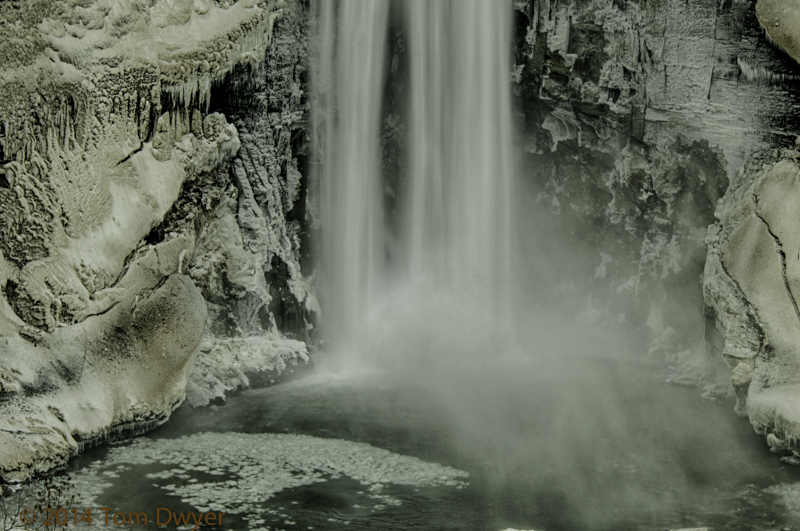 Yesterday, I eliminated most of the falls because of the drab colors of the surrounding stone walls.

Today was one of those days. It could hardly have been much more different when compared to yesterday – at least from a nature photographer’s perspective. Yesterday, two friends and I were pleased to be racing a setting moon as we approached the city of Ithaca, even though we 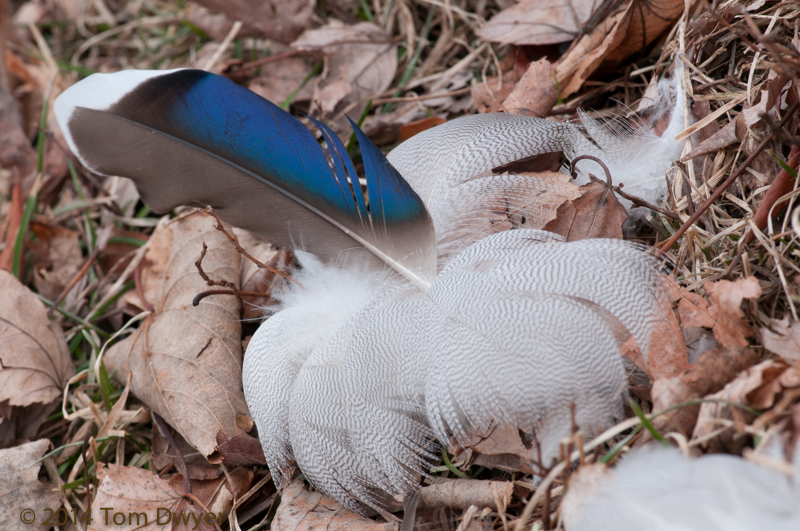 Spotting these feathers on the shore of Cayuga Lake, in Taughannock State Park, was a stroke of good luck.

knew it would disappear beyond the horizon before we arrived at our destination, Taughannock Falls. But, the moon wasn’t the reason we left our home before the sunrise. With light snow in the air I was hoping against hope that we might get to photograph both a wintry Taughannock Creek and its crown jewel, the 215-foot high Taughannock Falls. 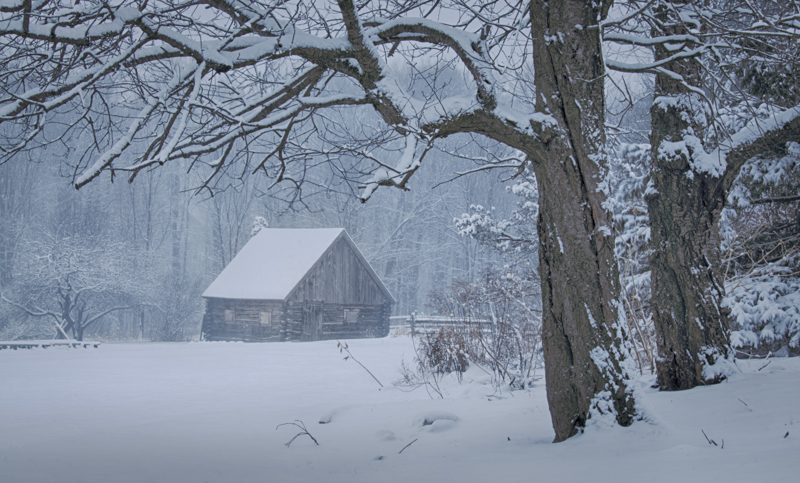 I can’t visit Baltimore Woods without photographing its iconic log cabin…especially in winter.

What we got instead was a high key day, some nice ice, some dirty ice, some rushing water, a few small waterfalls and, of course that crown jewel. We had three-quarters of a mile in which to find our compositions yesterday. But, the weather conditions and the fading evidence of the wintry conditions from a week or so earlier made it a little more difficult to find our images than we had hoped. 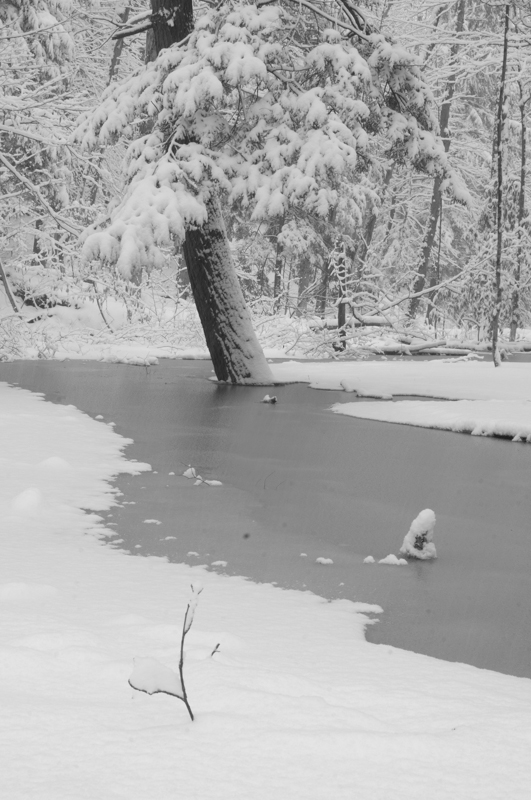 I liked the simplicity of this winter woods composition…especially converted to black and white.

By comparison, this morning I awoke to . . .  oops. I’m supposed to say “What a difference a day makes.” One peek out of the bedroom window and, despite that it was still pitch black  outside, I knew I had to get up and get moving. In a little over an hour the sun would be up and the morning light would combine with the snowflakes drifting to the ground. As the ever-so-light flakes collected on the spruce trees in my backyard I could envision what might await me at the nearby Baltimore Woods Nature Center, if I could get myself moving within the next few minutes.

It was definitely going to be an experience as different from yesterday and I could hope for. No soft sunrise or warm breeze of course. But, after all, it is winter. I was excited by the anticipation of  clean fresh snow in only moderately cold temps. With the thermometer hovering just below freezing, it was pretty comfortable for winter photography. 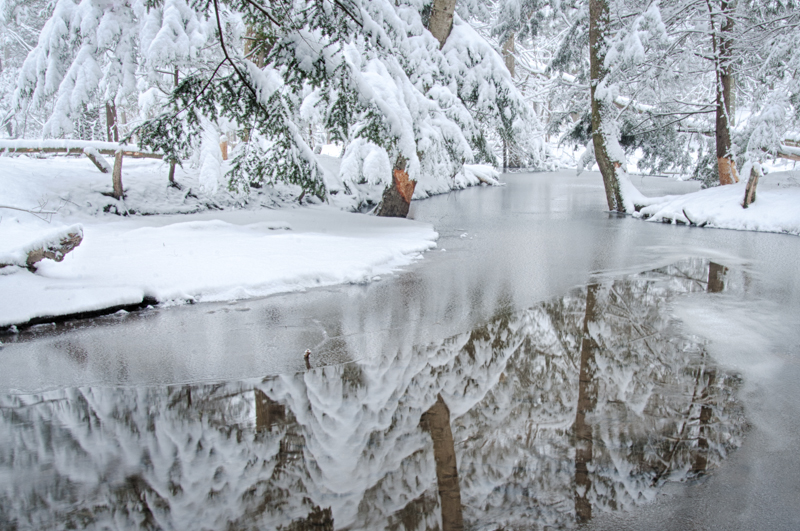 It was hard to pick a favorite from the two days, but this winter creeks, with its reflection and pristine wonderland whiteness took the honors.

The air was filled with floating flakes drifting casually in the occasional gentle breeze. Countless layers of drifting, almost weightless crystals filtered the morning’s sunrise as the woods slowly brightened. The fresh white carpet as well at the drapery-like snow laden boughs of pine provided a peaceful setting that was almost too good to be true. I wanted to make every effort to capture the morning’s beauty, but it was everywhere. Every trail in the woods led to new compositions, each one feeling better than its previous. In only two hours and with fewer clicks of my shutter, I spent less effort to take home more keepers than I had with considerably more work only a day earlier.

What a difference a day makes.