I know a number of photographers around Central New York who are pretty down in the mouth about the opportunities for winter photography, especially what passed for winter around here in the January just passed. I was among them until the last few days, when I changed my approach to the opportunities I was seeking out. Or maybe it was more my attitude that. Regardless, I focused (pun intended) especially intensely on what I was thinking, sensing and even feeling as I surveyed my subjects. Before I started clicking my camera’s shutter release button I tried to envision what I wanted the photo to look like as the end result. Did I want it to embody the cold of the winter scene or its peacefulness? Did I want someone viewing my image to experience an ominous feeling or a feeling of relaxation? Was the story about the hard, cold ice or about the softness of freshly fallen snow?

At any rate, thinking through what I envisioned was the most difficult task. However, it helped me make decisions about composition and camera settings, filters, camera positions, ISO, white balance and more. I credit newfound determination to envision the end result that I wanted before I clicked the shutter release, with bolstering my attitude and helping to turn a drab period into a productive one.

It all began about 5:30 am in the darkness of the Baltimore Woods Nature Center. I was scheduled to meet a small group of fellow photographers at “the woods” later that morning but had set out early in hopes of capitalizing on a clear night sky. I found myself working with shadows and even some ambient light from the nearby village,

Later that same morning as the group arrived and we all fanned out across the nature center, shadows continued to play a major role in what I was envisioning for the images that would result. Single leaves with their shadows were as interesting as the shadows that helped sculpt images of undulating snow drifts. Despite temperatures that climbed near 40 degrees, a bright sun, and melting snow I was feeling good about my day. It was turning out even better than I had envisioned when I first anticipated the unwinter-like weather in the forecast.

Late afternoon the next day a good friend and I decided to venture up to the shores of Lake Ontario at the Sterling Nature Center. We had encountered dramatic piles of ice at the same location a couple years ago. But, this year, while there was ice about 5-feet thick up tight against the shoreline, there was still rocky shoreline between the ice and the undulating water . . .  and the ice itself was pretty dirty. Not what you would call picturesque. That is, until making a conscious decision to “envision” what I wanted the final photo to look like. What I wanted the story to be. Even, envisioning what I might want to do with and to my image in post-capture processing.

Two days alter I was working in the gallery when I happened to notice the scene out our back window, overlooking the melting ice on the lake. I couldn’t resist grabbing my camera and framing an image through the window. All the while, thinking it had an almost rich, metallic look to it.

A week later, with another friend, we were in the Adirondacks, hoping to find snow-covered pines along the banks of the Indian or Oswegatchie Rivers. That didn’t turn out to be the case. But again, envisioning what I hoped a composition might develop into, I was able to combine my decisions in the field with pre-envisioned post-capture processing to pull an image off a backcountry roadside.

The very next day, the last day of January, yet another friend an I decided to try for some snaps of the Super Moon. Again, from the shores of Lake Ontario at the Sterling  Nature Center. Despite that it was only a week since I had been to this very spot, the landscape was dramatically different. Any rocky shoreline was all but gone and the lake itself seems calm and peaceful. The tranquility was supported by a soft sunset peeking through low clouds on the distant horizon. We would have liked more snow, but what we had was clean. We would have liked a giant moon rising over the lake, too. Alas, this was not to be the case. A socked-in eastern sky would bring an early end to our day.

Still, not a bad way to end my stabs at photography on the last day of January.

As we now know, I could have waited for a new page on the calendar which would bring with it ample fresh snow. I think I’m starting to envision a different kind of winter photography. 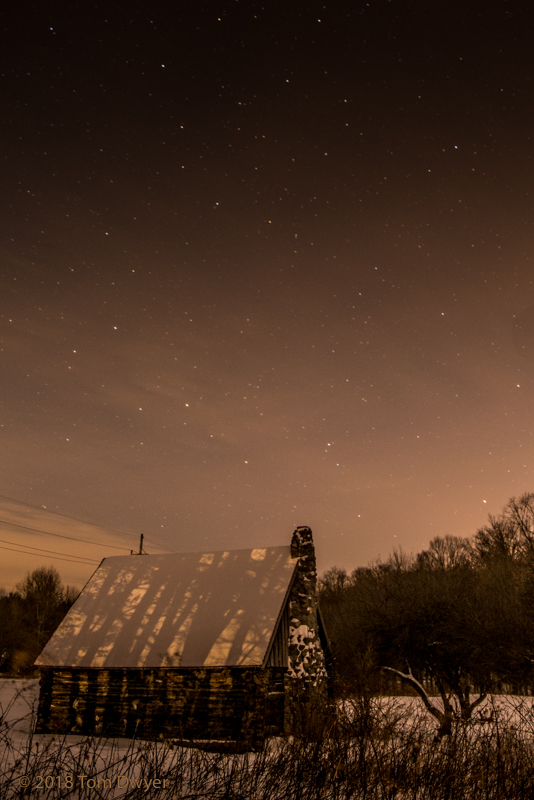 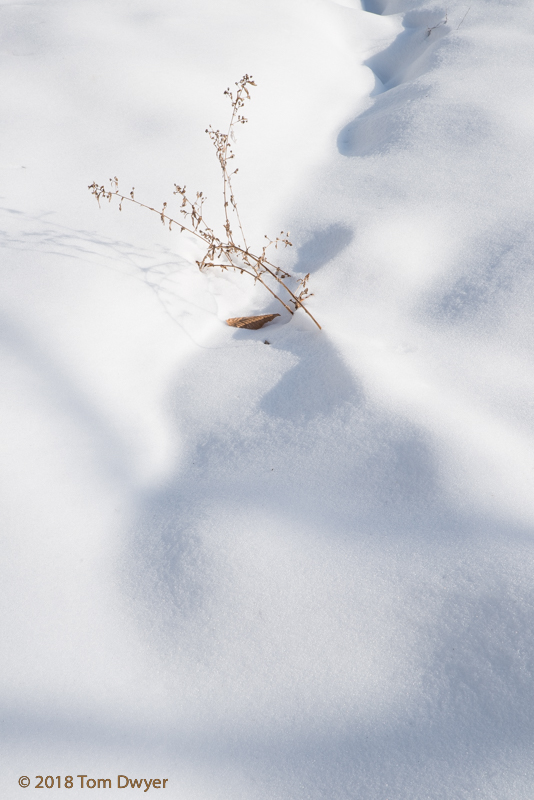 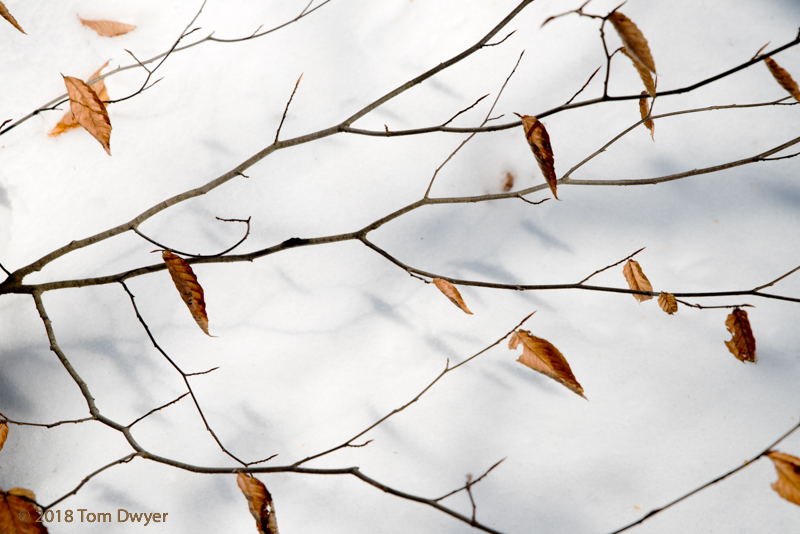 Reflections of Autumn in Winter 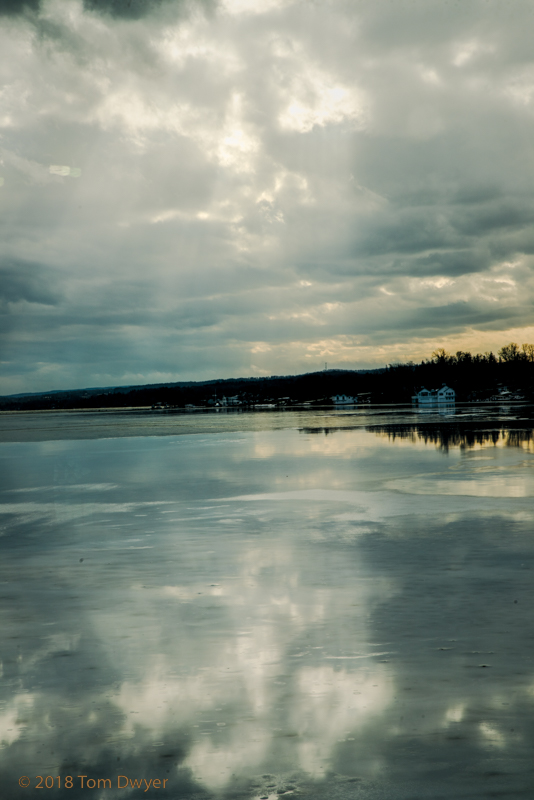 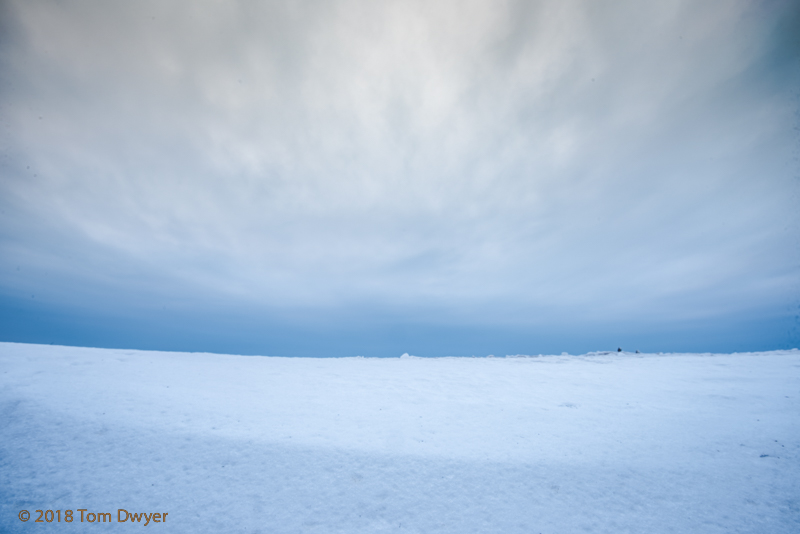 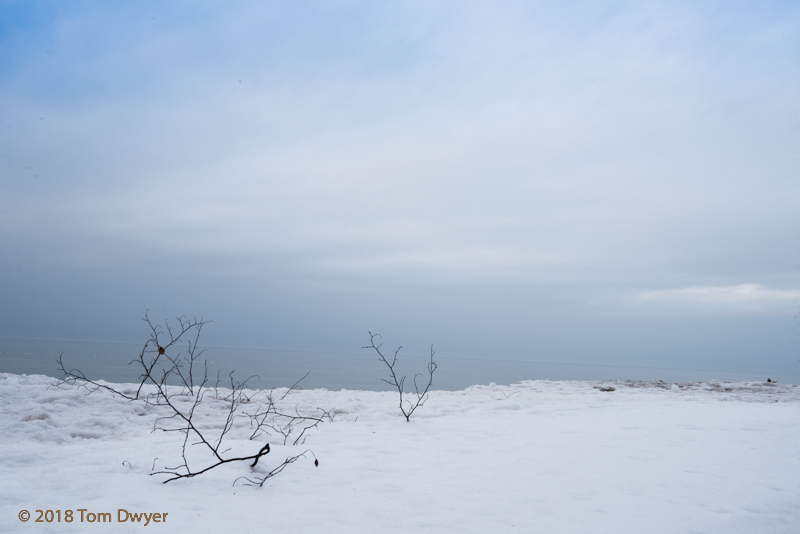 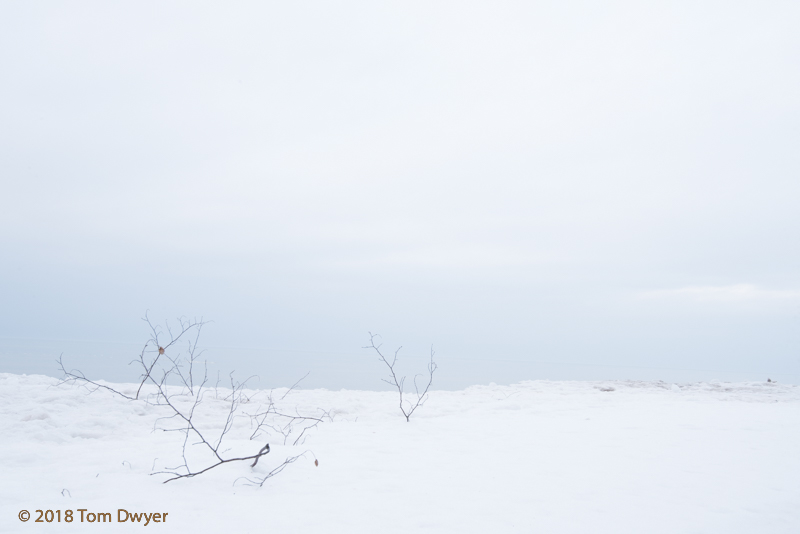 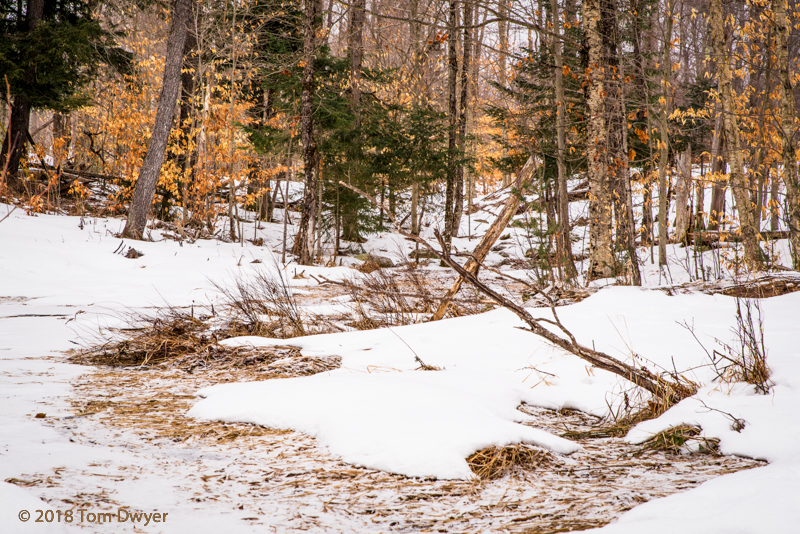 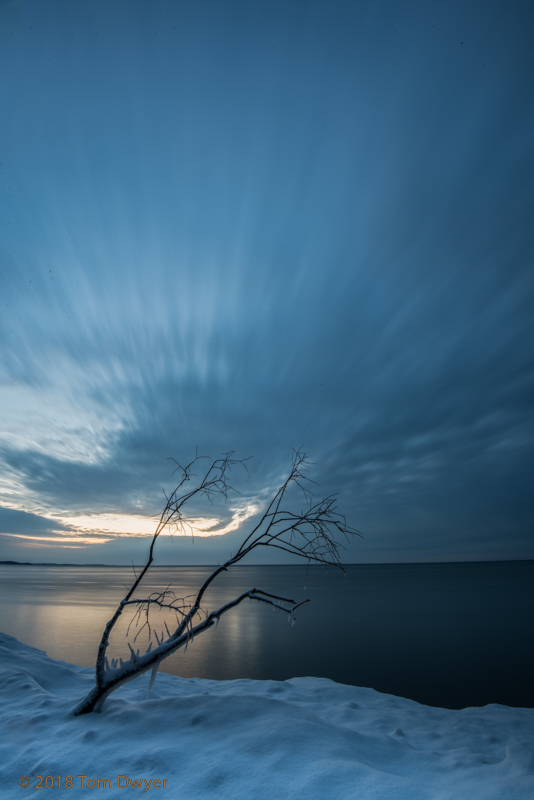 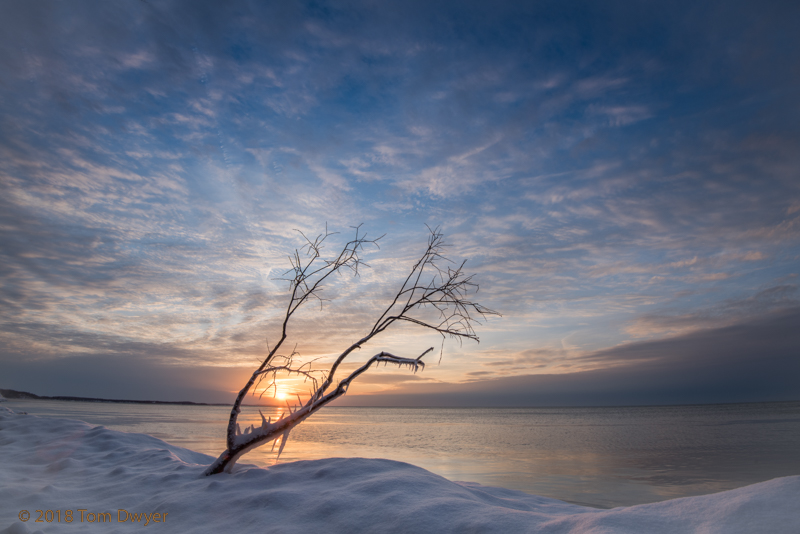