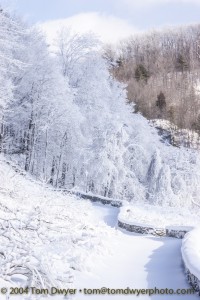 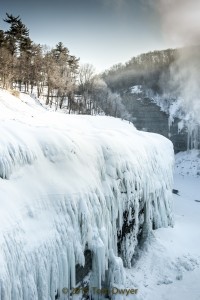 I think the snow/ice in trees makes a big difference.

I noted in an earlier post, that i was disappointed at my Letchworth State Park shoot on Friday, that there wasn’t more snow in the trees. It also occurred to me that there was another problem with my image this time around but I couldn’t figure out what it was until I saw an 11-year-old image side by side with one of Friday’s.  Then it became obvious to me. I still bemoan the lack of snow (or maybe ice) on the branches of the trees. I was wondering what others might like better about one or the other.