Doesn’t every nature/landscape photographer have an urge to get outside with his tripod and camera on New Year’s Day? I certainly do. I just looked back and it seems like that’s been the urge as least for several years now. Today, I started out for an early New Year’s walk with only my iPhone camera, not really anticipating taking any photos until a little later in the day. It was one of those dull, drab-light mornings that don’t get me excited about the potential for getting a photo. Then, half-way through my walk, some blue sky started to appear and I found myself wishing I had carried my Nikon D-700 with me. Alas, all I had was the cell phone. I wasn’t home yet, before I started to think of where I’d be able to get a New Year’s Day photo worthy of Upstate New York. To me that meant I’d need some clean, fresh snow, which I wasn’t finding on my morning walk.

By the time my wife and I finished our French Toast breakfast, I had decided to head north into the Tug Hill region of Upstate New York…There had to be fresh snow there unless the news reports had been bogus. So, shortly after noon I set out for Salmon River Falls. It wasn’t a wonderful day but at least my photos look like some that should have been captured on New Year’s Day 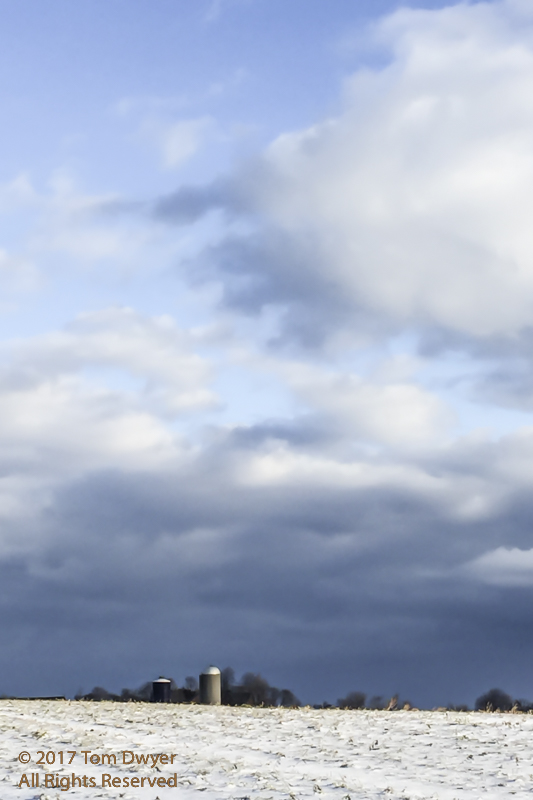 This iPone photo was supposed to document that, while we did not have fresh snow, we did have blue skies on New Year's 2017. 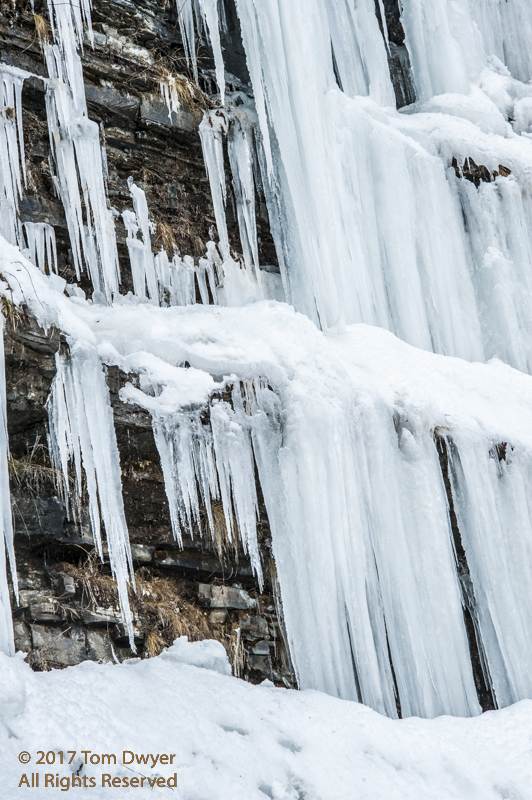 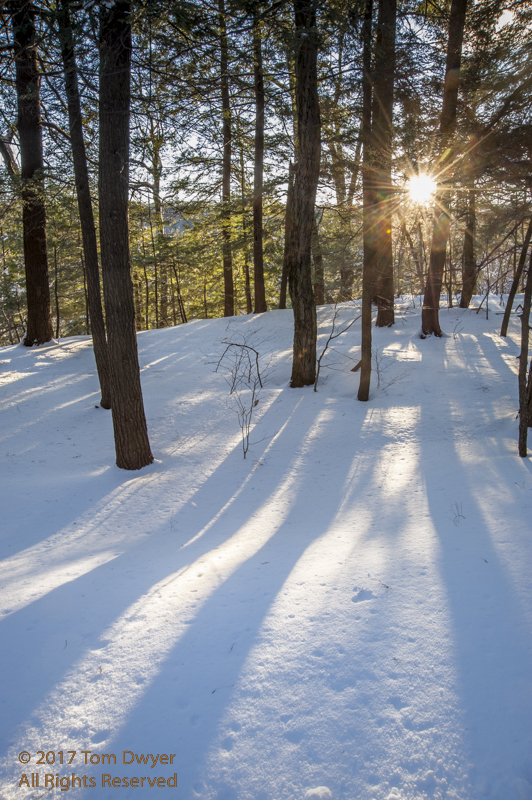 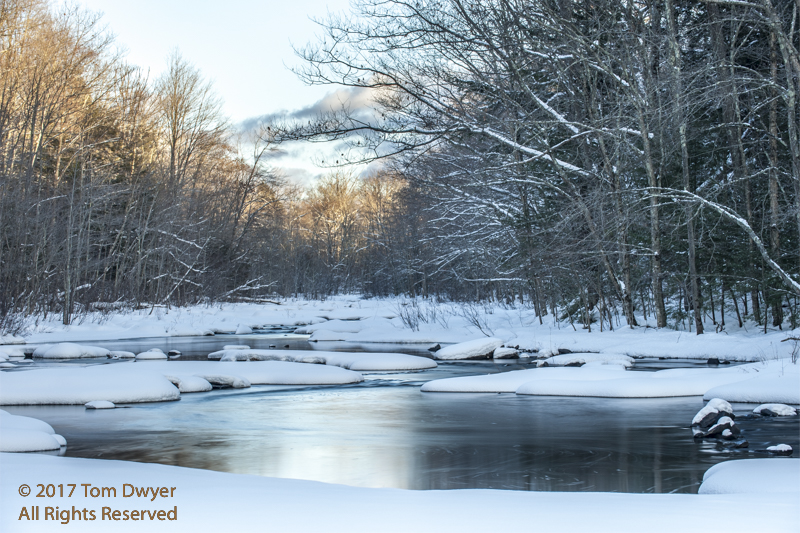 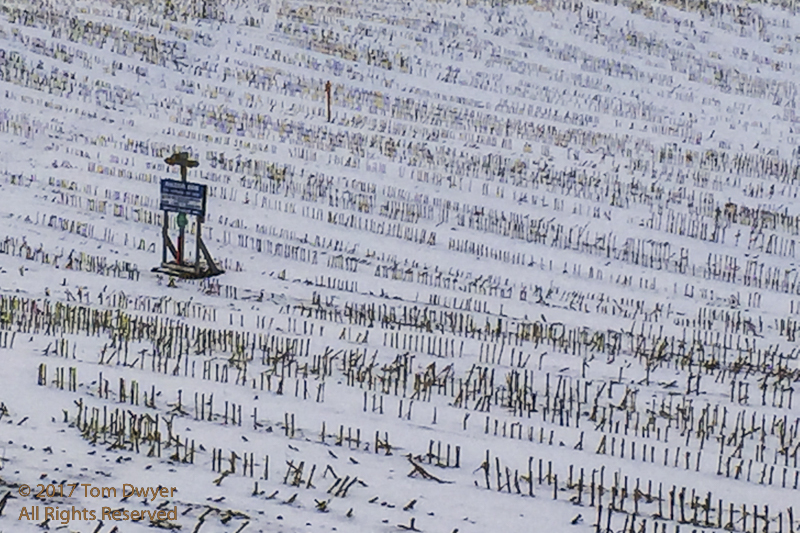 An iPhone photo of a local snowmobile trail certain is typical of New Year's in our neck of the woods.
in On location / waterfalls / winter photography 0 comments
Share
Post tagsNew Year's photosSalmon River FallsWaterfallswinter photography