Death Valley to be showcased at Gallery 54

I was literally and figuratively blown away during my recent visit to Death Valley National Park. As many of you already know, I traveled to the famous park in Southern California, and just north and west of Las Vegas, NV back in February and March. I went there, not because of the park but for a photography class being conducted by noted photography artist Guy Tal. I really had little real interest in the park itself, until the 115 mile drive from Las Vegas to Stovepipe Wells Village in the park changed all that. 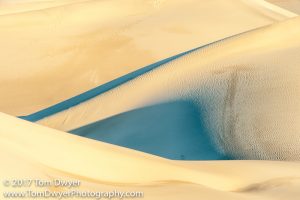 The park’s grandeur, vastness, and peacefulness was more than I had counted on. I quickly felt challenged to try and capture as much of the 5,000 square mile park’s character as I could in my brief visit. Thus the name for the first showing of my Death Valley images, opening May 5 at Gallery 54 in Skaneateles, Peaceful Valley – one man’s visit to Death Valley National Park.

I’ve been part Gallery 54 for almost five years, now and this may be my most ambitious show to date. While the final selection of images for this show is still being made (last night I had the list down to something like six dozen images, I can’t begin to include that many, so the wittling process continues. I’m also going to exhibit the images a little differently than I have in the past, but you’ll have to attend the opening to learn what I finally settle on.

All of the Death Valley images that Dwyer will be available for purchase as custom giclee´ prints ready for framing. 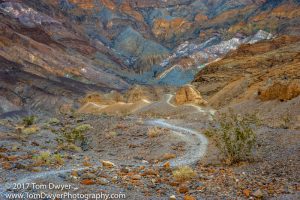 Gallery 54 will open Peaceful Valley – one man’s visit to Death Valley National Park from 5 to 8 pm on Friday, May 5. The special show will run through the end of May.

Toro RunWinery from Ovid, NY is scheduled to conduct wine tastings during the show opening and light refreshments will be served. Gallery 54 is an upscale venue for Central New York artists that showcases and sells unique, inspired, and timeless art in a diversity of mediums.

PLEASE CLICK ON EACH PHOTO TO SEE A LARGER RENDITION.