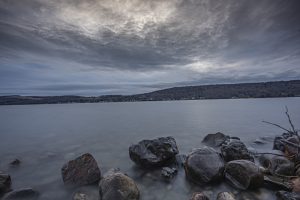 A low perspective was needed to accentuate the cloudy western sky.

Okay, I’m hoping the hunt doesn’t get more difficult. Today was one of those days where everything you do seems to get in the way with what you want to be doing. I left the house about 6:30 am and soon became aware of a dramatically colorful eastern sky. But, first, I thought, it will only take a minute to scrape the ice off my wife’s car. Just as quickly my attention was diverted again with her frantic call from the front door. 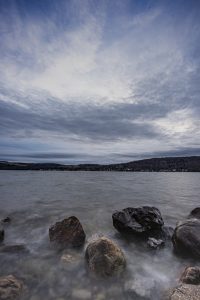 I won’t bore you with details of a day that quickly was “off the rails.” It wasn’t until almost four in the afternoon before I was able to set up my tripod on the shore of Otisco Lake having raced there with my eyes scanning the sky. The sun was moments from sinking below the horizon. The clouds appeared drab at best. The temperature which had climbed to nearly 20 degrees above normal for January 2nd was dropping fast and my light, 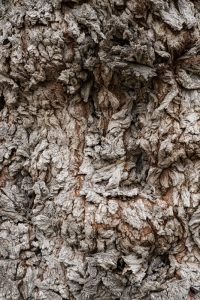 On the walk out of the park, there was this bark on an old willow that begged to be photographed.

what there was of it, was fading fast. As it happened I only had time for half a dozen compositions. Fortunately, I’m learning how true the statement, “the magic is in post-capture processing” is.

Can’t wait to see what tomorrow gives me.