Let’s see what we think works. I wasn’t able to even look for my photo today until the sun had already set. As I picked up my gear and went for the door I was debating whether to load the gear into the Malibu or the Silverado. Since it was snowing heavy, wet flakes I was and I was leaning toward taking the pickup. As it turned out it was a consideration I really didn’t have to weigh because as I climbed to stairs to the landing in my backyard I spotted the solar landscape lights that line the sidewalk from the landing to the driveway. I installed them a couple of years ago and see them virtually every night, in all seasons. Yet I had never really considered photographing them until tonight. It wasn’t the lights themselves that caught my interest. Rather it was the rays that spread like the spokes of a wheel from the lights. Suddenly my decision was made and I didn’t head for either vehicle. Instead, I was spreading the legs of my tripod and zooming in on a single light and its rays reaching out across the freshly fallen snow. Next, the whole line of lights that angled south around the sidewalk into the dark sky. Here’s a sample of what I played with for the next 20 minutes as the snow continued to fall. I had the composition for Day 16 of the 100 Day Photo Challenge. 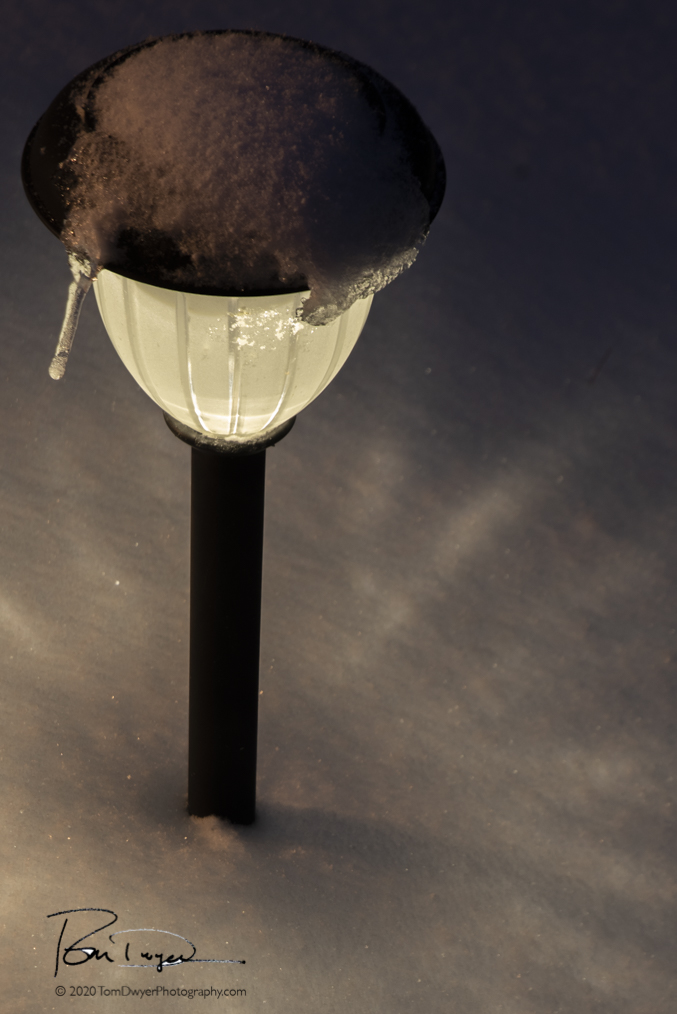 This was my first composition tonight . . . 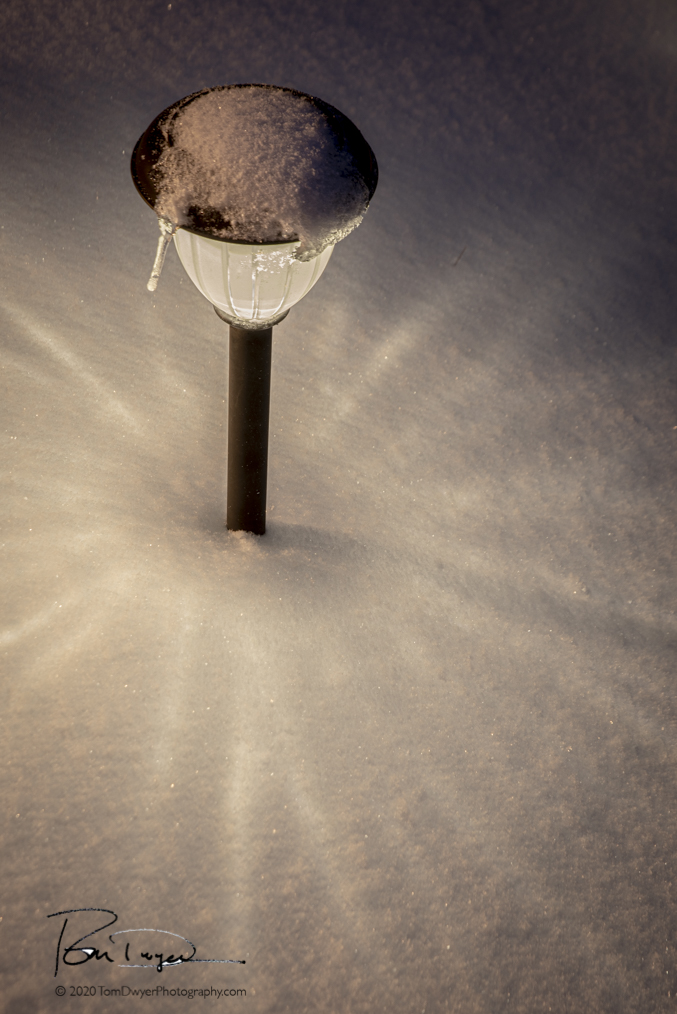 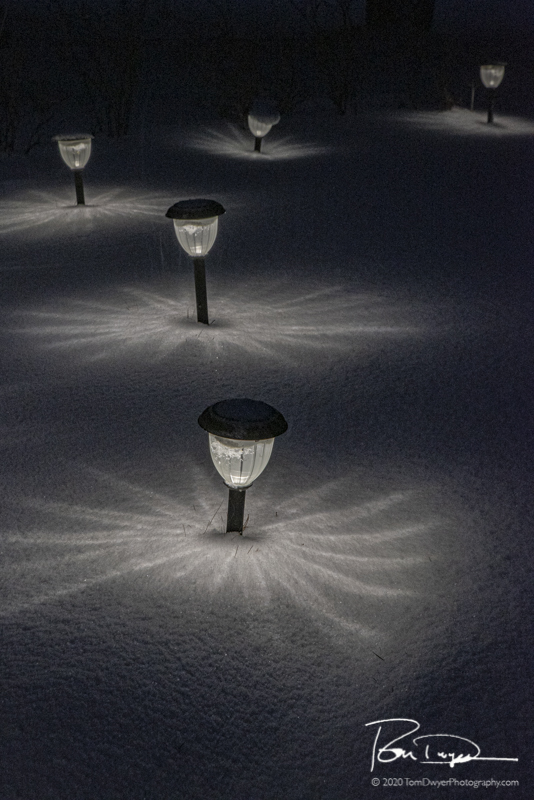 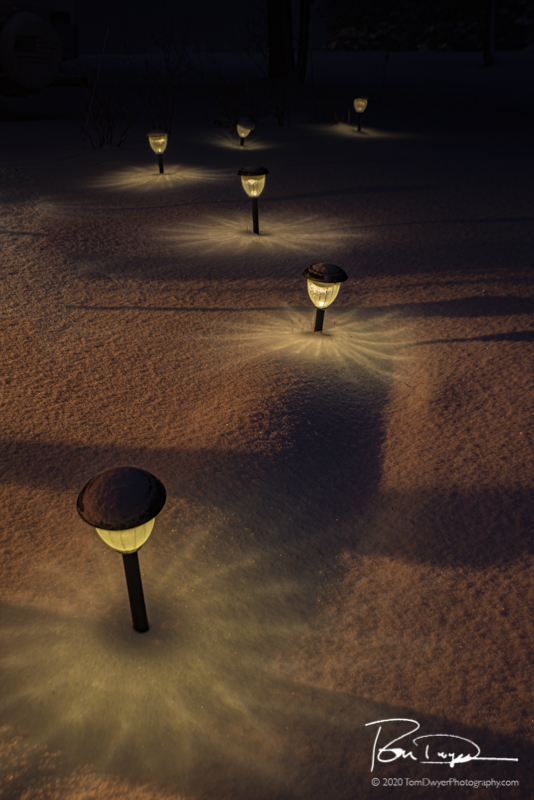