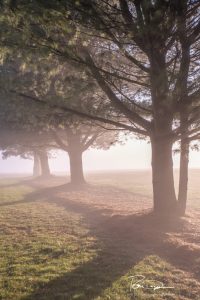 Working with an implied line created by a line of pine trees.

When I climb out of bed in the morning typically one of the first things I do is take a look out my bedroom window to see what the morning might be offering, photographically. This morning, I felt like I might have hit the jackpot. What I was seeing was a heavy morning fog and the rising sun. It was an instant decision and within minutes I was grabbing my gear and heading out the basement door 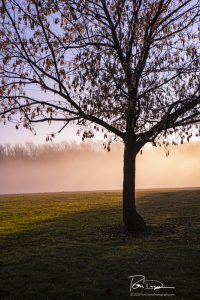 My second composition this morning was a backlit, leafless tree.

already intent on creating an image in my backyard. This was one of those times you have to work fast because as the sun rose, it also began burning off the fog. So, as I topped the stairs from the basement to my yard I was already composing potential images. On top of my mind was knowledge gained from working similar foggy mornings in the past. Even before I’d settled on a specific subject in the yard I was running through some does and don’ts. I knew I wanted to be careful about letting the sun flare my lens. I was immediately reminding myself to not underexpose the fog. I knew I had some implied lines in my yard and initially

composed an image of several pine trees in the side yard. Even before I was finished with the pine trees a box elder in my side yard caught my eye with the sun backlight silhouetting its leafless frame. I was running out time since we had an appointment at the ENT doctor’s and I’d have to put my gear away soon. First, though, a quick gander at the north side of the yard and I would find myself enamored with a scene I had seen too many times to count and never even thought about it as a potential photograph. It became my favorite of the day an 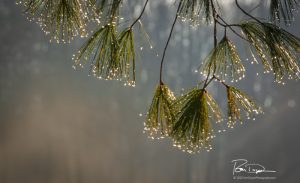 Shooting close to directly into the foggy sunrise.

d my photo for Day 14 of the Hundred Day Photo Challenge. Mission accomplished. 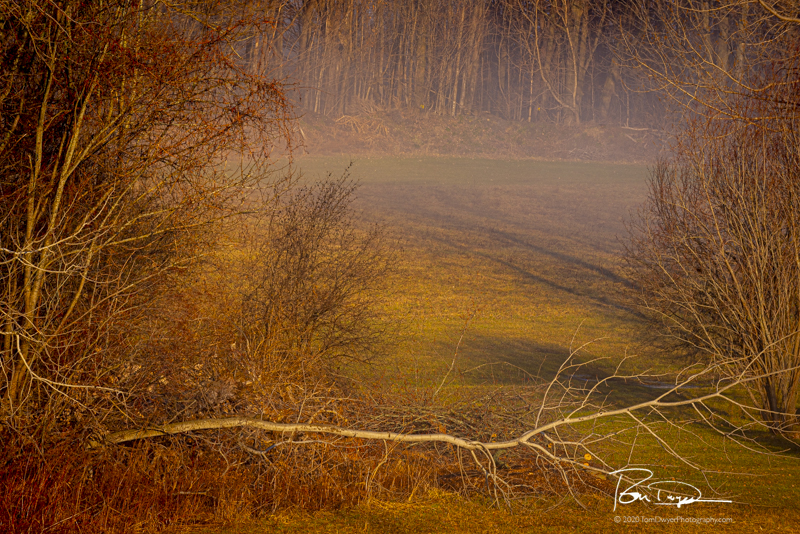