All about shutter speed 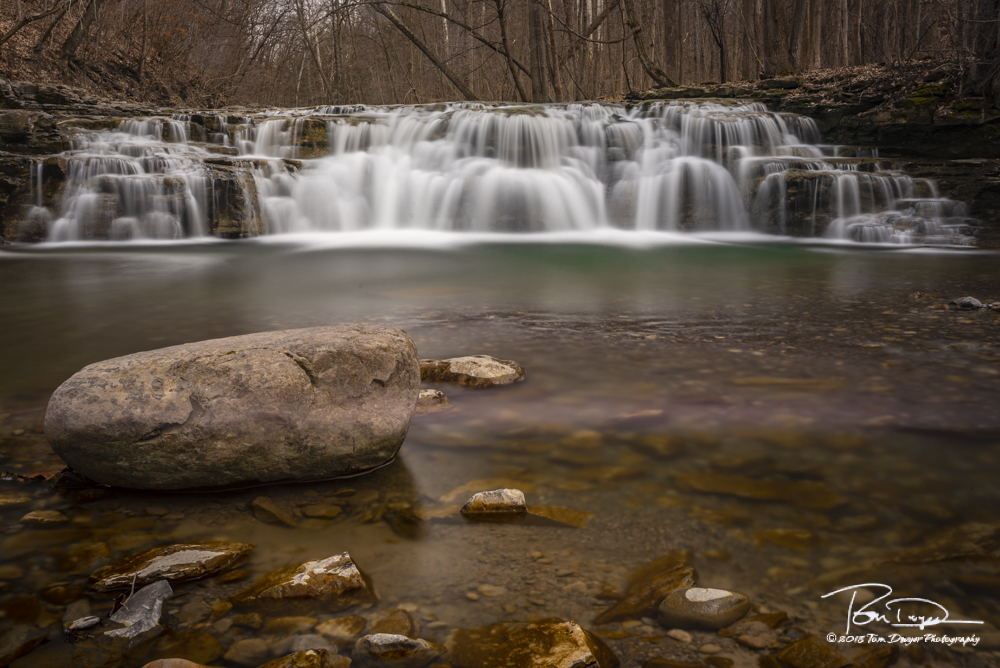 Today was one of those days when nothing you see calls out to you to make a photo. By early afternoon it was starting to look like we might not even take out our cameras today. We decided to make our best effort at Great Gully Falls, just south of Union Springs. With overcast skies and leafless end-of-winter trees surrounding the falls, we only had time to create single image.  I decided that rather than trying to get a so-called “keeper image” I would use the opportunity to just think through what I would do with better conditions. It was obvious that the water below the falls would be detracting and with the drab light and the unattractive trees surrounding the falls I wanted to put as much attention as possible on the falls itself. To put the attention on the falls I limited the surrounding trees in the image and used a long exposure (4.5 min) made possible with 12 stops of neutral density filters to smooth out the water below the falls, making it a supporting character and not the lead. Back home in post-capture I converted my image to black and white one below. 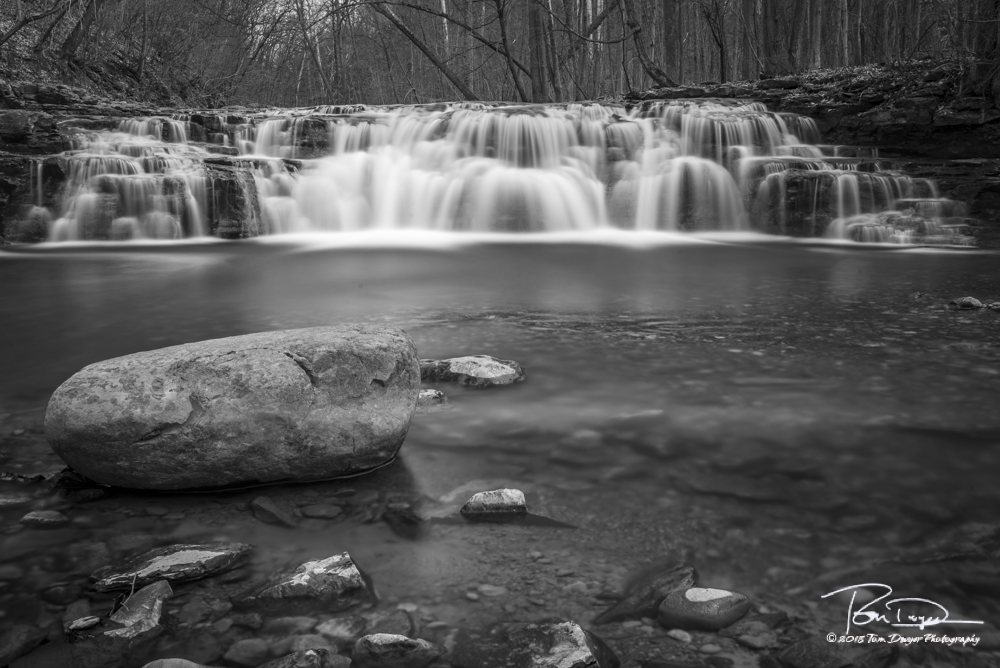 I had black and white in mind as I composed this shot of Great Gully Falls.