How often do we set out on a photo shoot with specific expectations only to have those expectations dashed? Today was one of those days. I set out from the house at 6:30 this morning with snow falling hard enough to make me question the advisability of pulling out of the driveway. But, pull out I did anyway. Afterall, my intention was to photograph winter scenes and I had been all but begging for snow. I would have been smart to have figured out where I wanted to go before I put the truck in drive. But, within a few minutes I was changing my mind anyway . . . for a variety of reasons that I won’t bore you with.

I was happy it was snowing and ultimately decided to head to the Skaneateles Conservation Area only eight or nine miles away. I traveled well below the 55 mph speed limit because of the falling snow and the fact that DPW had not been on the job yet. Still, it was only a few minutes before every thought I had changed again as the snow suddenly stopped falling entirely. I decided to continue driving to the conservation area anyway. Once there I had to really search for compositions, avoiding yesterday’s footprints in the snow from both man and mammal. This, I think is a blessing in disguise because you really get to see the area you’re shooting.

After a couple hours I was joined by a photographer friend and we decided to head south to Ithaca and its waterfalls, particularly Taughannock Falls, thinking (more like wishing or hoping) the falls would be accented by ice and snow. Neither turned out to be the case. To add insult to injury the base of the falls was closed to visitors because a video crew was “filming” an I Love NY commercial. So we were limited to the minor falls downstream from the main attraction.

As I said, a mixed bag. Still got my six, though. 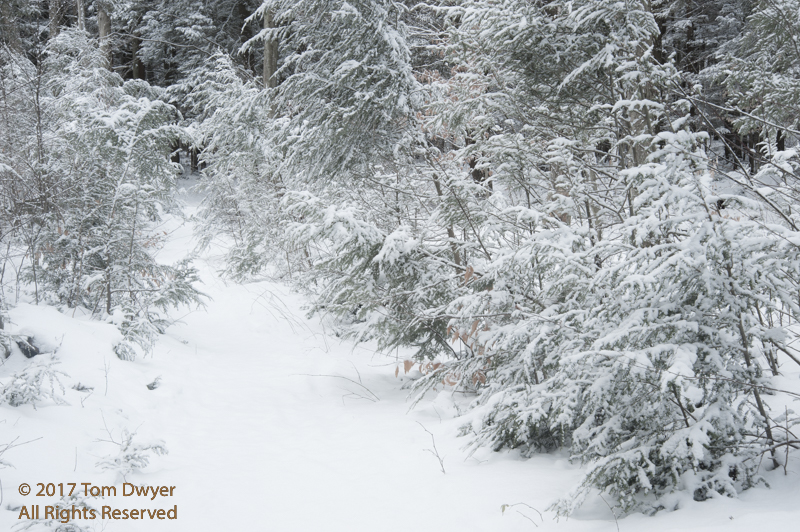 Breaking trail at the conservation area. 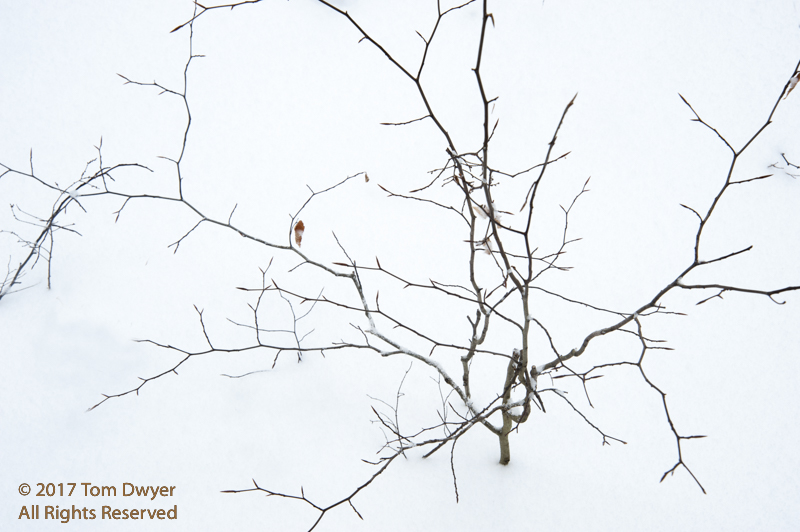 A young sapling seems to etch its design against fresh fallen snow. 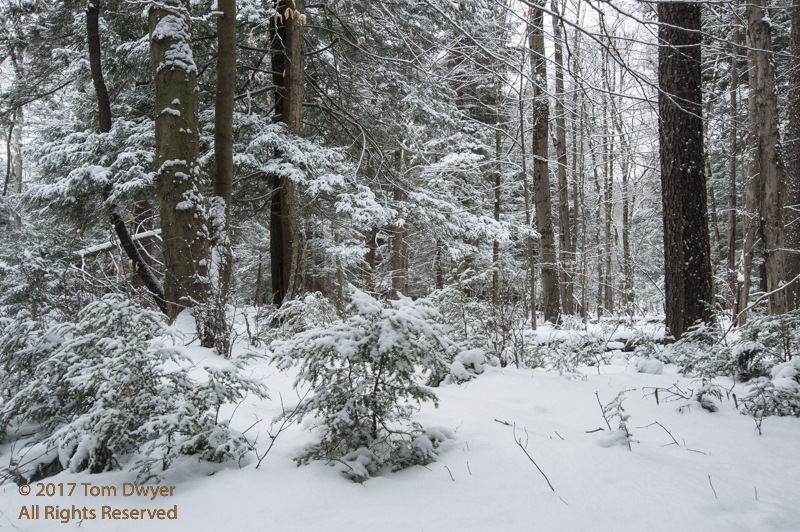 Sapling pines accent their towering elders in the background. 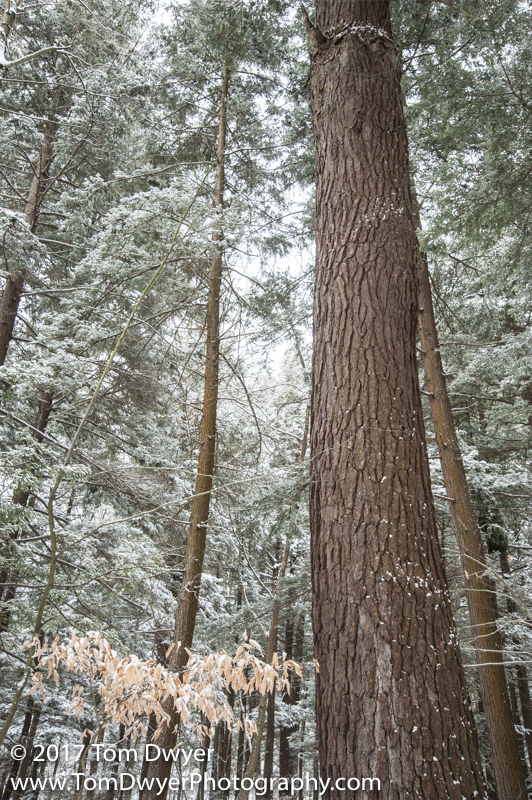 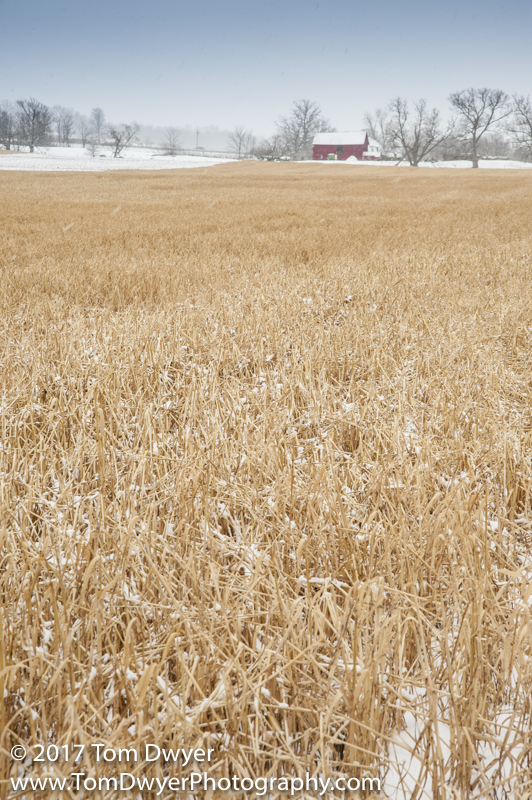 An unharvested wheat field during a mid-afternoon flurry. 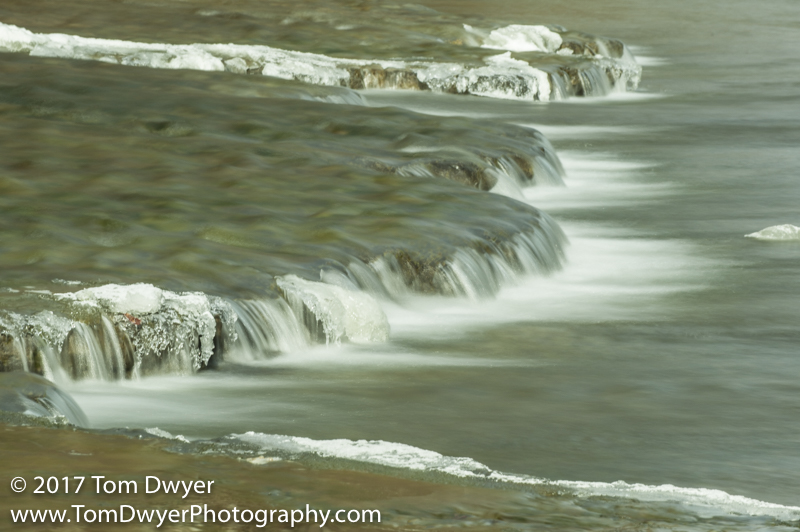