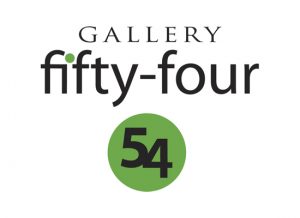 Gallery 54 in Skaneateles, NY is pleased to announce that “call for entries” has gone out for the 2017 CNY Photo Expo to be held in November 2017 featuring Central New York photographers and their images of Central New York.

“Last year’s initial Photo Expo was a resounding success,” noted Gallery 54 photo artist Tom Dwyer. “So, we’ve decided to bring it back bigger and better than ever. The November schedule gives Central New York photographers the opportunity to take advantage of the spring, summer and early fall seasons to capture new images for entry if they choose,” he adds.

There are several exciting new aspects to this year’s show, each designed to focus attention on Central New York photography. The two most important requirements are that photographs entered must be the work of a photographer who resides in Central New York State (generally Cayuga, Seneca, Cortland, Chenango, Onondaga, Oswego, Oneida, Madison & Tompkins counties) and the subject must likewise be in the general CNY area. 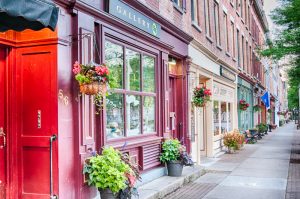 This year’s Photo Expo will be judged by three respected Central New York photographers. A cash grand prize of $150, as well as first, second and third place cash prizes of $100, $75 and $50 respectively will be awarded.

A total of 16 winning entries will be exhibited at Gallery 54 for the month of November and made available for purchase by visitors to the gallery. The show opening is scheduled for the First Friday of November, November 3.

Photo subjects: All photos entered must be taken in the greater Central New York region of subjects found in the region (Greater CNY region is defined as Onondaga, Oswego, Cayuga, Seneca, Madison, Oneida, Cortland, Chenango and Tomplins Counties). All photos must have been taken between September 16, 2015 and September 15, 2017. Gallery 54 reserves the right to reject any photograph it deems, at its sole discretion, to be inappropriate for viewers of all ages. No photography deemed by Gallery 54 to constitute a political statement of any kind will be accepted. Decisions of the gallery and/or the judges are final and not open to appeal.

Entry deadline: Submissions to the 2017 CNY Photo Expo will be accepted until midnight, September 15, 2017

How to submit entries: All entries must be submitted electronically to: www.Gallery54CNY.com by clicking on the 2017 CNY Photo Expo link and completing the upload process by midnight September 15, 2017. Submissions must be in the following format:

Entry Fee: The entry fee is $5 per photo. Enter 5 photos and get a 6th entry free (six photos for $25). All fees are non-refundable after submission.

Delivering selected (winning) images: Photographers whose images are selected for exhibit will need to deliver the printed, matted and framed image(s) to Gallery 54 between October 30  & November 1, between the hours of 11 am and 4 pm.  See Printing, matting and framing specifications below.

The reception for the 2017 CNY Photo Expo will be held at the gallery from 5 – 8 pm on Friday November 2, 2017. All entrants and their guests are invited to attend and celebrate Central New York photography.

Subscribe To f/8 insight! Tips, Tricks & Techniques intended to be a practical source of useful, or simply interesting information related to landscape and nature photograph.